Maybe you saw one on Twitter. Or maybe you got one in an email a couple years ago, but forgot what it is. ~tarwed-mostun… ~danlus-nolsyt… ~bicput-mocpex??

What do these mean and what are they for?

They’re names. More specifically, they’re names of Urbit planets and there are more than four billion of them. Rest assured that their seemingly complex nature is just a facade. Understanding the naming system gives valuable context to lots of things in the Urbit ecosystem.

Before we start, let’s recap the basics of Urbit address space. The primer is a great source for info like this:

The naming convention is based on a set of three-letter, pronounceable phonemes that follow the pattern: consonant-vowel-consonant.

Galaxy names are short. Each one is just a single phoneme from the suffix list. ~zod, ~nec, ~bud, and ~fes are a few of them.

Star names consist of a prefix mated to a suffix to form a six-letter name. ~marzod, ~binzod, ~marnec, and ~mipnev are stars.

Now let’s dive a little deeper into what really defines a ship.

OK, so now we know how to spell Urbit names. But who gets to use which name? How are the names related to each other? Those questions are answered by peeling back one more layer of the onion.

The foundation of each Urbit ship is a unique, immutable number between 0 and 4,294,967,295. That number is known as the ship’s Azimuth point. An Azimuth point is a ship’s unique identifier within the Urbit address space and determines important properties like its type, lineage, and name.

The types are straightforward:

The calculation used to determine a ship’s lineage depends on its type, so always confirm that first. Lineage is the set of ships that a ship issues (also known as its children) or that the ship is issued from (its parent).

A galaxy can issue 255 stars. To calculate each of those stars’ points we add 256 to the galaxy’s point. Then add 256 again, up to 255 times. The result after each round of addition is the Azimuth point of another one of that galaxy’s child stars.

For example, let’s determine the children of Azimuth point 2:

We could continue this simple process another 253 times to compile the complete list of child stars for Azimuth point 2.

A star can issue 65,535 planets. To determine those planets’ Azimuth points we start with the star’s point and repeatedly add 65,536 to it.

Doing that another 65,533 times would yield the complete list of child planets for Azimuth point 5,636.

Determining a star’s parent galaxy is done by dividing the star’s Azimuth point by 256. The remainder of that operation is the parent’s Azimuth point.

To find the parent galaxy of Azimuth point 1,027:

What do we know about Azimuth point 0?

We still don’t know its name, though. Let’s change that. As you might have guessed, a galaxy’s Azimuth point maps directly to the order of the suffix phoneme list. (Scroll down for a reference phoneme list)

The zeroth suffix is zod, so Azimuth point 0’s name is ~zod.

To determine a star’s name from its point, we do the same division operation that we used to determine its parent. This time we will also pay attention to the quotient. The quotient value maps to the star name’s prefix and the remainder to the name’s suffix. A star’s suffix is also the name of its parent galaxy.

What’s the name of Azimuth point 258 and its parent?

Galaxy names come from the suffix list. A galaxy’s Azimuth point is the position of its name in that list.

What is ~sut’s Azimuth point?

sut is the 6th suffix, therefore ~sut is Azimuth point 6.

Perform the reverse of the operations that we used to find a star’s name from its Azimuth point: multiply the prefix by 256 and add the suffix.

What is ~dirwyl’s Azimuth point?

Put it all together

We now have the skills to:

Let’s put it all to use.

What are the names of Azimuth point 262,664’s parent’s closest siblings?

That’s it! Hopefully you now have a better understanding for how names work in the Urbit universe.

Whereas stars display their lineage directly in their name’s suffix (e.g. ~marbud is issued from ~bud, ~marzod from ~zod, etc.), to retain a high degree of anonymity and individuality for planets, Urbit’s developers made it difficult to determine which star/galaxy a planet was issued from based on its name alone (without using a computer).

That is one of the many reasons we built urbit.live. Use it to find the name and lineage of any Azimuth point, search for specific phonemes/words, or just surf the network. Most importantly, purchase an Azimuth point to begin your journey into the Urbit ecosystem.

Urbit is one of the most ambitious computing projects ever attempted and the internet needs it now more than ever. Do you actually own your data? How much of your digital experience do you really control? If you haven’t started thinking about those things yet, we implore you to start now. Join us!

Get the latest posts delivered right to your inbox 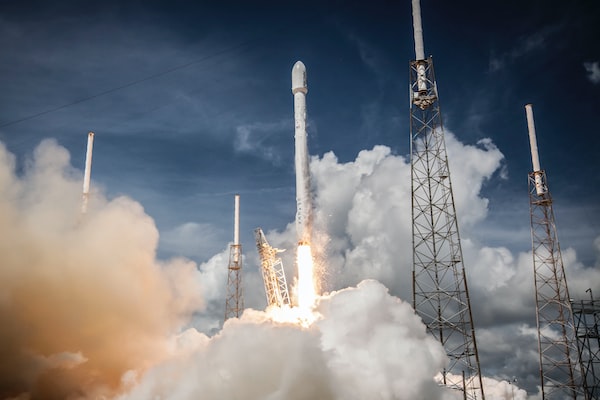 Install, boot, and run your Urbit planet on a $10 cloud server

Stay up to date! Get all the latest & greatest posts delivered straight to your inbox